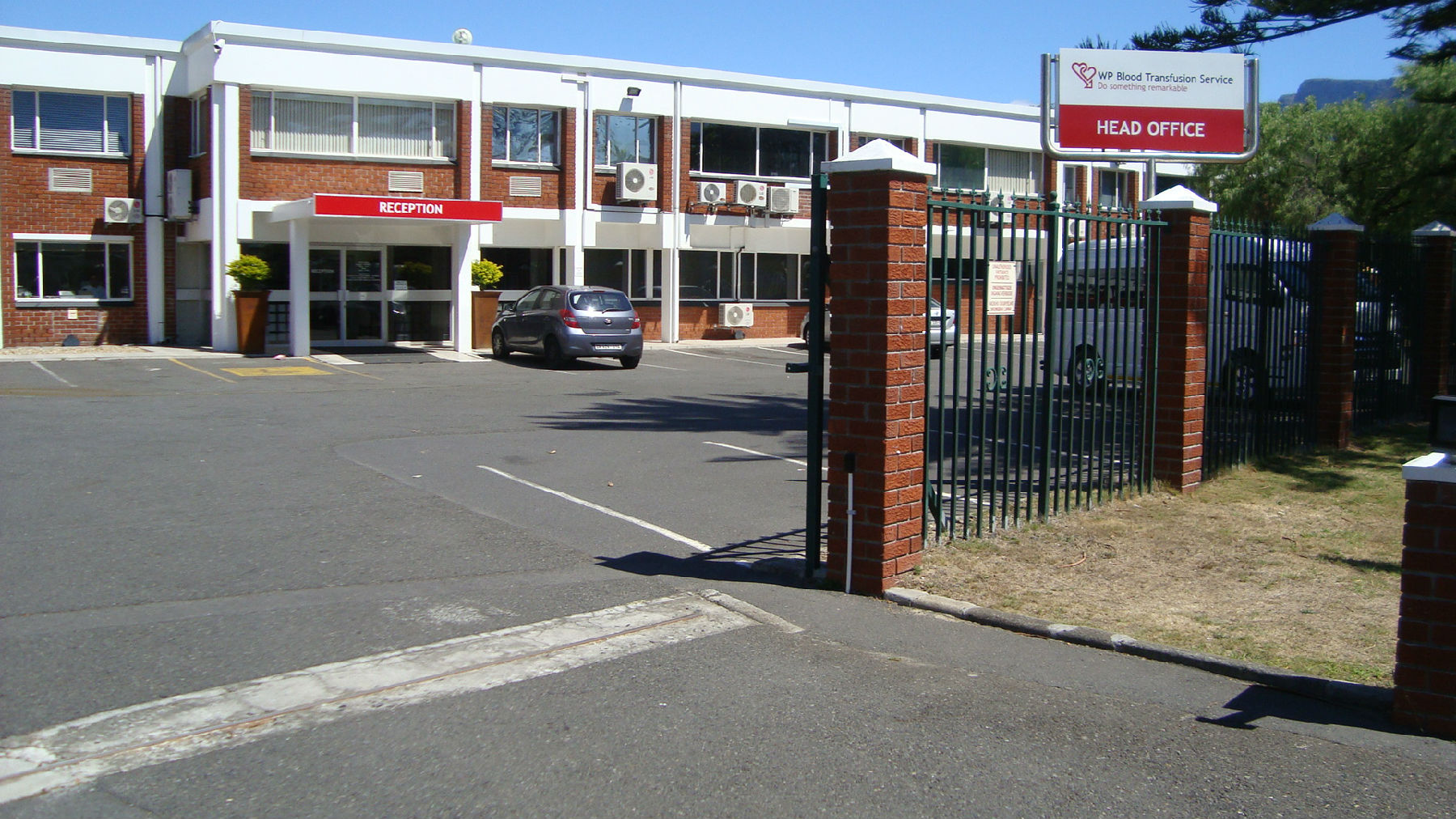 Located in city of Pinelands, South Africa's Western Province Blood Transfusion Service (WPBTS) is a non-profit, independent organization operating throughout the Western Cape. However, in reality, this is largest blood bank in the nation, and shoulders a medical responsibility commiserate with this status.

Annually in charge of over 165,000 units of blood, the WPBTS operates in accordance with both the World Health Organization's international standards and local South African national law to assist patients with their medical needs.

In late 2011, the WPBTS contacted South African security installer Verivision to develop a hybrid solution that would:

Interestingly, from its very inception, this solution was meant to transcend the traditional goals of a normative security. This is to say, instead of only stopping bad guys, this WPBTS solution is intended to be a value-add and bring logistical benefits to the medical facility. This is not to say that security was de-prioritized; instead it is meant to highlight the multi-functional IP role that Verivision aspires towards.

A big part of this value-add was the logistical tracking of blood packets.

In this case, it was a Hikvision software feature that helped facilitate this aspect of the solution. Specifically, it was Hikvision iVMS-4200 Software's "Smart Search" feature for both the facility's existing analog and IP cameras.

Essentially, this feature provides motion detection, in a specified area, for security functions. In the case of the WPBTS, cameras are trained onto a certain area containing valuable blood stock; if activity occurs, Hikvision's DS-8132HFSI-SH Standalone DVR is programmed to start recording a particular camera's video feed.

Furthermore, if a bookkeeping incongruence is later detected, Smart Search allows the Material Manager (the individual largely responsible for the day-to-day and managerial duties associated with this IP CCTV system) to quickly search for the associated video based upon related date & time parameters.

Keith Lewis, owner of Verivision, noted, "In many respects, this Smart Search feature is the key to the entire solution. Of course, it is only one of many aspects; however much of the hardware and technical work that went into designing the overall system was based upon the idea of efficiency. Smart Search very much epitomizes this efficiency, and has improved overall security while concurrently reducing shrinkage [loss] by a large margin. We are even able to better ensure laboratory standards are more efficiently met with WPBTS blood resources."

Keeping with the DS-8132HFSI-SH, Mr. Lewis explained that in the WPBTS, the CCTV system has a unique internal design. Essentially, the CCTV system is maintained by the Central IT Department. In turn, the aforementioned Material Manager has an office in close proximity to this Central IT Department, and is connected by fiber-optical cable. Through these means, the Material Manager has the facility's lone client PC used to access any live or recorded video that is deemed of importance.

The WPBTS requires video storage of anywhere between 50 - 90 days. With the medical importance of this facility, Mr. Lewis stated, "I only want the best possible resolution for both live and recorded views. This is why I chose the DS-8132HFSI-SH - it gives me 4CIF resolution real-time recording and an HDMI/VGA output at 1920x1080P resolution ... the best resolution possible for any of the analog cameras in this medical facility."

Hikvision's DS-9632NI-ST Embedded NVR was selected to allow the facility's IP cameras to function. As can be expected, Mr. Lewis expected nothing less from this NVR model. With up-to 5MP recording resolution, and identical HDMI / VGA output as the previous DVR, he was not disappointed.

Additionally, this NVR provides the ability to add 32 IP cameras to the overall solution, providing both an element of foresight and fiscal practicality for whatever the future may bring.

Almost antithetical to this 1.3MP technology is an equally important aspect: the DS-2CD2012-I's small, low-profile design. Mr. Lewis elaborated, "Since this model is primarily in main passageways, we wanted a camera that did not ... stick out. Instead, the goal was for a durable, unobtrusive camera that does a great job ... and with its IR ability, it had no problem doing this job in the middle of night, when the facility is locked-down and lights are off."

Adding the proverbial cherry-on-top, is the Hikvision DS-2CD7153-E 2MP Mini Dome Camera. Placed in the Transport Control Room, a logistical nerve-center of the medical building, the DS-2CD7153-E is responsible for keeping a visual record of exactly who is entering the building, and exactly why they are doing so.

In this transport control room, Hikvision's 2MP resolution mini dome is able to easily view the attendant's activities. A clear view of the logbooks and of people in the area. Providing a super wide angle view, this IP mini dome camera is both a security and value-added logistical benefit.