A man in dark clothing walls stealthily through a forest looking for something. He stops suddenly and looks over to the left towards a dense thicket. He lifts a pair of binoculars to his eyes and then turns left, walking even more softly. Up ahead, browsing is a magnificent European Bison – an endangered species. He lifts his rifle and shoots the animal, cleanly and without fuss.  Another man is 50 metres behind him. This man is seeing everything the first man sees through his binoculars - but on his mobile phone.

Are they poachers? No, they are gamekeepers engaging in the crucial work of helping to protect an endangered species. Culling is sometimes necessary to prevent populations exceeding the capacity of the surrounding habitat to support them.

Part of a gamekeeper’s job is to maintain the balance of nature in the area he or she is responsible for.  Sometimes animal numbers are too high, and those animals are a threat to an ecosystem. They can also cause considerable damage – for example the wild boar populations in France. There are an estimated 2 million of the ‘critters’ causing damage to farms and gardens and even turning up in cities and causing road accidents. Other species have numbers that are far too low – essentially, those that are endangered, like the European Bison. These need to be protected, by careful management – for example by stopping poachers or by controlled culling.

Technology now has a large part to play in the management of these animals. Tagging and electronic fences are the most obvious examples. But another technology is also becoming a crucial part of a gamekeeper’s arsenal to maintain balance. The thermal technology that is often used in the security industry to pick out wrongdoers, is now used pick out animals in low light or ‘camouflaged’ areas like dense forests. On the other side of the issue, the technology can be used to pinpoint poachers, hopefully before they find the animals.

It’s also important to be able to identify an animal that has been hurt and needs attention. It can take a long time to find an animal if it’s hidden in heavy foliage to lick its wounds.

Thermal technology is already helping in the fight against poaching. Back in November 2016, a Rhino farm in South Africa used a Hikvision thermal camera as part of a perimeter defence solution aiming at protecting rhinos from poachers.

Technology
The principles of thermal imaging are based on the fact that light radiates beyond the visible spectrum. Called infra-red, this radiation is emitted by all objects with a temperature above Absolute Zero (-273°C). Thermal cameras pick up this information and create an image using that, showing things that the human eye is unable to see. This means a heat source in the middle of a forest – an animal or a poacher, for example - can easily be distinguished. 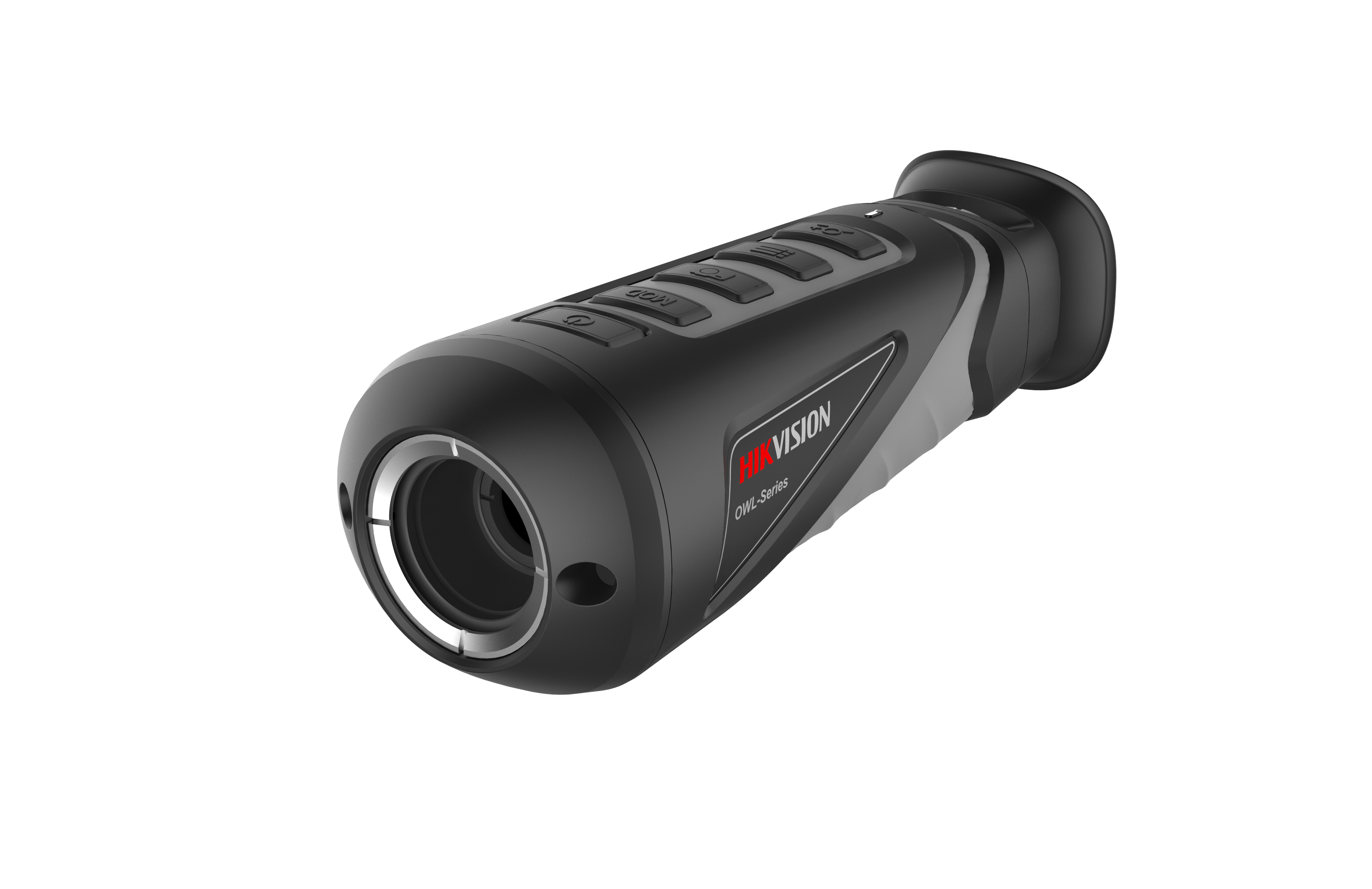 Thermal technology is now available in ‘hand-held’ formats – for example Hikvision’s Thermal Monocular and Bi-spectrum Binocular products. These provide a portable tool for seeing activity that the naked eye – or even a visible camera – can't see.

Both are designed to be robust - with IP67 protection and the ability to function in extreme heat and cold resistance. This makes them suitable for harsh outdoor environments. 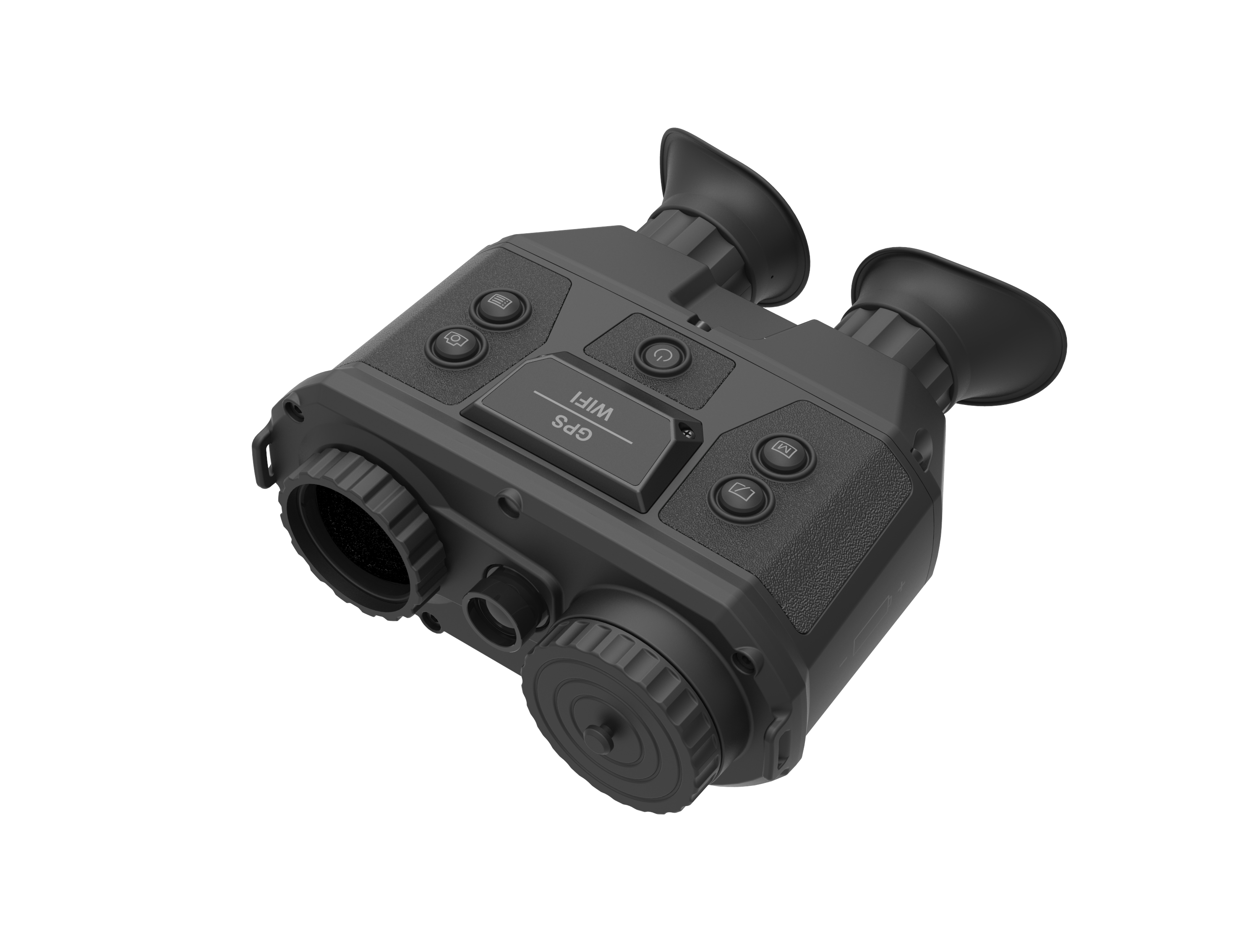 They can measure the distance to a target, for accurate location, and provide quick detection and tracking of target objects.

WiFi for sharing
One of the most interesting and unique benefits of these Hikvision products is the fact that they are WiFi enabled. This means that another person can share the feed the user is seeing, so is able to share the experience. This can be done through a specifically-designed app on their mobile phone.  From a father sharing an animal sighting with his child, to a gamekeeper having a ‘second pair of eyes’ in the field, this added extra adds a whole new level of interaction and experience.

It also means the device can be installed on a tripod and users can view animals from a distance without disturbing them. 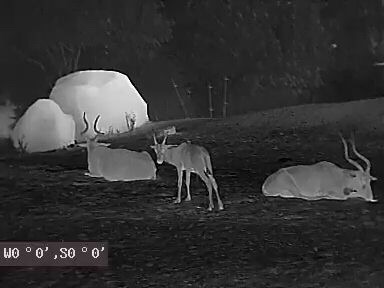 The use of thermal technologies is far wider than in surveillance alone. Keeping an eye on animals whose stealth has evolved to make them hard to find is a daily challenge for gamekeepers. Innovative thermal handheld devices can give them the edge in the fight for balance. There’s a saying ‘you can’t see the wood for the trees’. With thermal technologies you can see a lot more through foliage, making the trees much less of an issue. Who knows, with help like this, maybe some rare species can be saved. You’ll be pleased to hear, by the way, that numbers of the aforementioned European Bison are increasing….