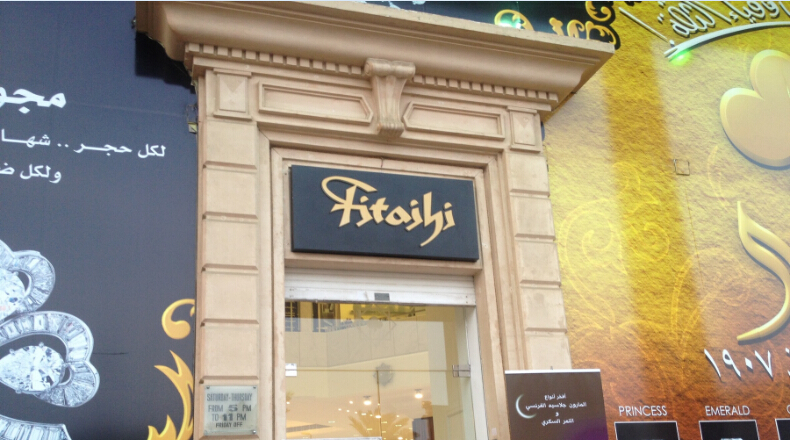 When the Kingdom’s most prestigious luxury goods and jewellery store placed as much need on protecting its existing prestige décor as protecting millions of dollars-worth of stock, Hikvision overcame the challenge with the installation of 75 ultra-discreet IP dome cameras embedded into the ceilings.

Located on the Red Sea and with a population of 5.1 million, Jeddah is Saudi Arabia’s second largest city and the country’s primary port. Situated just 65 kilometres west of Mecca, the city is also the primary gateway for people travelling to the centre of the Islamic faith. With more than 2.5 million pilgrims per year and a host of tourists wishing to enjoy the diving and other attractions of the Red Sea, Jeddah is Saudi Arabia’s primary resort destination.

The city’s geographic location also places it at the very heart of the region encompassing the Middle East and North Africa with all the capital cities situated within two hours flying time. These relatively short commuting distances, combined with the high levels of tourist and religious visitors, mean that the city ranks second only to Dubai in commercial importance.

The Al Fitaihi Holding Group was founded in 1878 by Ahmad Hossain Abdullah Fitaihi. Then, it was a simple silver jewellery business but the company expanded, first into Gold and later into other luxury items. Today, the Al Fitaihi Holding Group is the largest distributor of luxury goods in Saudi Arabia and the only publicly listed Saudi Arabian company within the jewellery and luxury industries with more than 100 branches.

Al Fitaihi’s premier store is situated on Madina Road at the heart of Jeddah’s city centre and accommodates a variety of cosmetic and beauty products, ornaments, household decorations, clothing and textiles. It is also home to the company’s most exquisite and high value jewellery boutique and this alone places high demands on the CCTV security system.

In light of the increasing amounts of very high value inventory being carried by the store, Hikvision’s local distributor - Okaz International - was asked to design a totally new CCTV surveillance system. The installation, which comprises 75 cameras and 6 high-capacity NVRs, has just come into service.

“Although our client completely understood the importance of investing in technologically advanced, high quality CCTV equipment to protect their high-value goods, one of the major considerations with this project was the client’s absolute insistence that we ensure that the CCTV cameras were as unobtrusive as possible, complemented the existing, prestige décor, and could be installed with as little disruption as possible,” says Mr Mohan, the executive manager of Okaz International.

“Other major project objectives were an assurance of very stable performance for both the camera and the NVRs (Network Video Recorders), high resolution video streaming and recording of the cameras monitoring the cashier, and the capacity to further expand and augment the system over time.

“Taking all these challenges into account, we designed a 75-camera IP system around the 3 megapixel DS-2CD754F-E(I)(Z) indoor dome camera and mounted each of the cameras on Hikvision’s DS-1227ZJ embedded in-ceiling mount to minimise their impact on the high standard decoration.  Each camera was linked to a central control room containing six DS-9632NI-RT NVRs.”

Okaz International chose the Hikvision DS-2CD754F-E(I)(Z) network dome camera throughout the store, installing all 75 of them into the ceiling using the DS-1227ZJ mounting, which allows the lens within its glass dome to show below the ceiling but hides the body of the camera completely. Already a small and neat camera, in this configuration the DS-2CD754F-E(I)(Z) projects just 50 mm.

Mr Mohan believes the choice of camera is a crucial element of the successful project. “Discreet the cameras may be but this is not at the expense of performance. The 3 megapixel 1/2.5” progressive scan CMOS sensor has a maximum resolution of 2048 x 1536 and supports dual full HD 1080p real time video streams. The powerful sensor is matched with a bright F1.6 motorized vari-focal lens and IR LEDs for true night-time operation.

“The system monitors all areas of the store, with particular emphasis on key display areas and the cashiers. The DS-2CD754F-E(I)(Z)’s 3 megapixel resolution allows continuous, high-resolution monitoring of the cashiers desks, essential to allow the security team to prevent mishandling of cash and other monetary transactions. It also allows the management to evaluate mistakes and inconsistencies regarding revenue sheets and cash-up figures. The high quality images produced by the DS-2CD754F-E(I)(Z) are also very important assets in helping the security staff monitor the high value displays, especially the jewellery, many of which are tiny but incredibly valuable. Prevention of misappropriation of items such as these was a key target of the new system and the results so far are perfect.

“Installation was made easier and quicker due to the cameras PoE capability and, although we did not use the integrated SD card slot for on-board storage, this will be extremely valuable in many applications as will the vandal-proof housing,” added Mr Mohan.

All the network cameras in the store were connected to six NVR units. Okaz International selected the DS-9632NI-RT for the task, believing it to be ideally suited to in-store management of the CCTV system with its sophisticated HDD quota and group management.

“Naturally, Al Fitaihi’s brief specified a copious amount of storage but, just as the camera had to fit in with the décor, ease-of-use for the security staff was a major consideration for the NVRs,” says Mr Mohan. “Therefore, we installed six Hikvision DS-9632NI–RT NVRs, each of which offers video recording of up to 32 channels of 5 megapixel video and partners perfectly with the 3 megapixel DS-2CD754F-E(I)(Z) cameras deployed throughout the store. Playback ease-of-use is equally impressive, with HDMI or VGA output of up to 16 synchronous channels at full HD 1080p resolution. Network connectivity is not an issue either, with each NVR offering dual gigabit network interfaces and storage capacity and security will not present a problem with support in each unit for up to 8 SATA drives of up to 4 terabytes each and RAID 0, RAID 1, RAID 5 and RAID 10 disk array support.”

According to Mr Mohan, “This first collaboration between the Al Fitaihi Group, Okaz International and Hikvision has been a great success. A large factor in this is the very high quality of the Hikvision products and it is fitting that some of the Kingdom’s most valuable jewellery is being watched over and protected by some of the world’s most advanced technology.

“Having secured Al Fitaihi’s most prominent store in Saudi Arabia, we are already evaluating other opportunities to place more and more Hikvision products in their branch stores as well.”