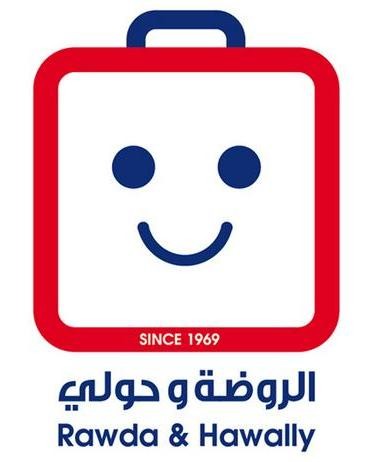 Most regions, be it states or prefectures, or even countries themselves, have a predominant chain of supermarkets that dot their cities and suburbs. Kuwait is no exception in the matter.

While names like the Los Angeles-based Ralphs appear ubiquitous for the United States due to the popularity of Hollywood filming in this area; in Kuwait the market leader is Rawda & Coop Society. In fact, with 16 branches, it is also the largest coop in the country.

Rawda & Coop Society contacted Atheer United Company which an authorised distributor of Hikvision in Kuwait to improve overall security. Atheer United introduced Hikvision to the top Management of the COOP by several presentations & demos and after getting the acceptance they required:

Eng.Ali Taleb, Business Development Manager at Atheer United Company - the Integrator / Installer of this project - noted that "a big focus was put on bringing high-resolution megapixel technology to every register. Coop management wanted to very clearly see the detailed exchange of money between customers and employees."

Largely, this goal stemmed from a high incident rate of disagreements between customers and employees, as well as incidents of theft and balance issues with cashier trays at the end of employee shifts. Previously, the best - and only - resolution method was to simply deal with each problem after the fact. This was not only slow, but highly inefficient.

To reverse this trend to a proactive stance instead of a reactive stance, Atheer United Company chose Hikvision's DS-2CD7153-E 2 MP Network Mini Dome Camera. Placed opposite each register, "Coop management is now able to see what is happening in real-time and react accordingly. Most importantly, 2 megapixel resolution provides the means needed to achieve this goal," noted Mr. Taleb.

Additionally, the DS-2CD7153-E's 1/3” progressive scan CMOS and HD 720P real-time video give additional tools to make sure these images are clearly visible. With this new technology, Coop management has already seen a markedly improved situation at the registers, as well as far fewer incidents of dispute regarding these related issues.

Another goal helped with Hikvision technology was a better, and more secure, environment for both the main entrance and the general areas in front of the stores. In this case, it was the DS-2DF1-512 5" Network PTZ Dome that secured this environment.

Based on the fact that these areas are potentially very large, the DS-2DF1-512 was placed outside the store. As such, this model's IP66 rating was a perquisite due to the challenging weather conditions Kuwait presents.

In addition, due to the previously-noted issue of large coverage areas, Atheer United Company assessed the DS-2DF1-512's 12x optical zoom and its 360° endless pan range and -5°-185° tilt range as equally vital.

Eng. Taleb added, "This model not only provided tremendous value from an overall solution standpoint, but security personnel are able to completely control the DS-2DF1-512 with Hikvision's DS-1100KI Network Keyboard ... further adding convenience to the overall solution and drastically reducing training time requirements for Coop personnel."

Finally, the goal of streamlining all 16 individual branches' security needs into one centrally-located control room was also facilitated by Hikvision. In this case, it was not a camera model, but instead NVRs. Specifically, three Hikvision NVR models: the DS-7608NI-ST, DS-7616NI-ST, and the DS-8632NI-ST NVR Series.

While each model differs in its specific approach (for example: the DS-7608NI-ST's smaller size and smaller camera capacity with 8 channels makes it ideal for smaller Rawda & Coop Society shops, while the DS-8632NI-ST's dramatically larger memory and 32 channels camera capacity provide for larger branches), all three models provide up-to 5 megapixel resolution recording to make sure that regardless of number of camera units, or store size, the pictures are crystal clear.

But for Rawda & Coop Society, Internet connectivity tied this whole solution together.

Previously, individual shops were not connected to the main headquarters also in Kuwait. This obviously exacerbated all of the earlier problems. However, with Internet-capable Hikvision NVRs, now each of the 16 shops are wired to corporate headquarters. Specifically, all security responsibilities are now a function of one specially-designed central control room.

This sharply contrasts with the previous method of security being a responsibility of 16 smaller, and uneven, in-house procedures.

In this fashion, Coop management - with the help of both the Atheer United Company and Hikvision technology - streamlined and addressed chronic problems in a proactive, rather than inefficient, reactive manner. Most importantly, all of these issues have become greatly improved.