Hikvision worked with farm management solutions provider SKOV to bring the art of weighing pigs into the 21st Century, with the help of mini-dome cameras and a bespoke VMS system.

The pig is one of the most populous large mammals in the world, with an estimated 986.6 million pigs at any one time. This also means, of course, that piggeries are big business, as pork is the most commonly meat consumed worldwide.

Part of managing a piggery is to ensure that each pig is able to grow to its full potential. The average weight of a pig at market is 275 lbs, but keeping an eye on the weight of individual animals can be tricky. If a pig is smaller than it pen-mates, it is likely to be pushed away when it comes to feeding time. This means it will not grow to its full size. In this situation, pig farmers may move the smaller pigs into a separate pen, so they can get to the food and ‘catch up’ with their larger brothers and sisters. 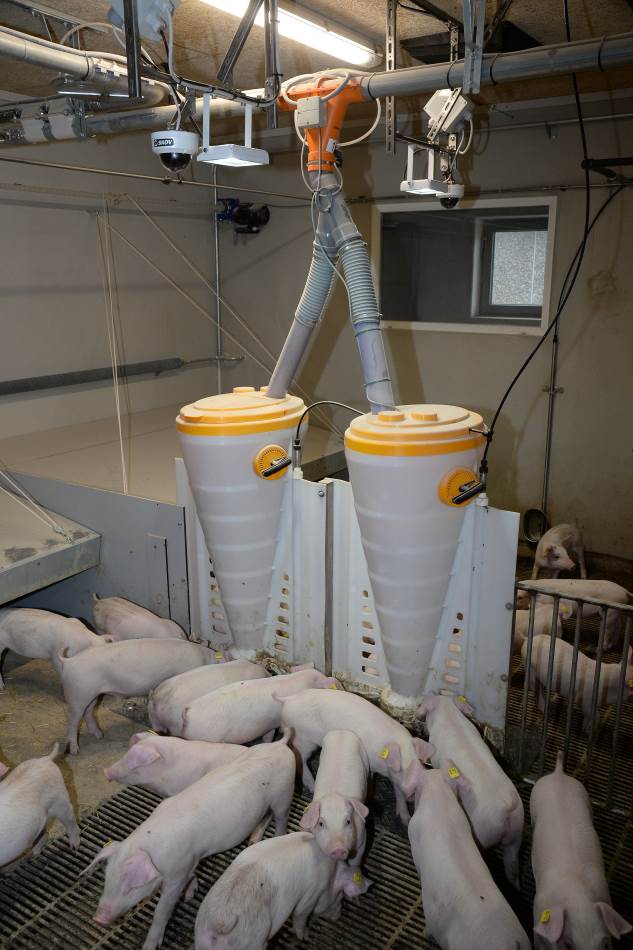 But how do you weigh a pig? Traditional methods involved a tape measure and many hands.... and were, of course, very time consuming to complete. And that was without the maths part a the end! Later methods saw farmers installing weighing apparatus, which was costly, and also time consuming with handlers needing to ‘persuade’ individual pigs onto the scales. Another issue with this system was that accuracy could be affected, as it was hard to tell if the scales had just one pig on them.

“The pig handlers need to drag the pigs physically to the scales, which is not only very hard, time-consuming work, but also stresses the pig out”, said Kasper Rønn Christensen, Strategic Purchaser at SKOV. “Stressed pigs don’t eat, which also affects their growth rate.”

Enter a whole new innovative solution, using Hikvision cameras and a specially designed SKOV VMS. After testing various cameras, SKOV approached Hikvision because of the competitive price and clear, reliable pictures even at only 2MP resolution. That, combined with the ability to build a firmware specifically for their needs, persuaded SKOV to work with Hikvision.

Between four and eight 2-line mini-dome cameras (DS-2CD2142FWD-I (4mm)) are placed in the pigpens, to allow handlers to see what’s going on and to monitor the growth progress of the pigs. These specific cameras were chosen because of the low amount of spare space in a pigpen and the importance of an affordable solution.

“We were looking for a solution that could be used by piggeries all over the world”, says Kasper Rønn Christensen. “That meant we needed to make it simple, practical and affordable. The fact that, even at a relatively low resolution of 2MP, clear actionable pictures were consistently avilable made these cameras a smart choice.” 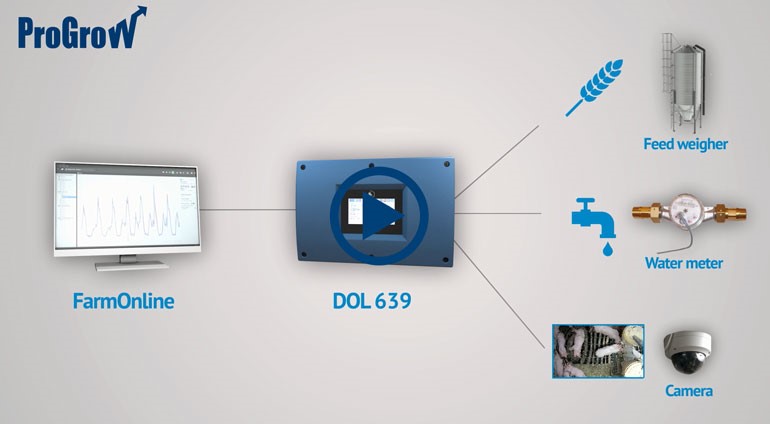 Connection to the SKOV VMS means that the pigs’ weights can be calculated and so monitored. The VMS also gives alarms if a pig doesn’t follow the required growth rate, so steps can be taken.

The success of the project in Denmark means it can be replicated all over the world to help piggeries to manage their pigs and make sure they maximise their potential. SKOV is offering the solution to all regions with piggeries, including in Thailand, where they have a subsidiary.

“The cameras are integrated and working as expected, so we can look to the future”, says Kasper Rønn Christensen. “We are really impressed with the way Hikvision adapted their firmware to our needs. I also love the innovative approach - who would have thought that a technology that was designed to help spot intruders could be used to ensure pigs grew to the correct weight!”

Peter Guan, Channel and Marketing Director at Hikvision Europe, said: “We are heading to a future where traditional farming is digitalised into smart farming, where surveillance cameras are not only used for crime prevention at the farms, but also as useful tools for farmers. Hikvision’s ecosystem partner program allows easy software and hardware integration so that end users can benefit from an innovative and more powerful complete solution.”